The staff at Randall’s Supermarket in Clear Lake, Texas expected a routine Saturday when they showed up for work that humid morning of September 16, 1989.

They expected to see mom’s shopping for weekend cookouts, men grabbing beer for their fishing trips and kids spending pocket change on candies, cookies and sweets.

What the workers at Randall’s Supermarket did not expect was to see Boris Yeltsin, the most powerful Communist in the world and soon-to-be President of Russia, walk into their store followed by a handful of other Soviet officials.

How Frozen Pudding Pops
Helped To End The Cold War As Yeltsin roamed the aisles of Randall’s he marveled at the produce section, the variety of fresh fish for sale, and the free cheese samples. He was especially impressed by the frozen pudding pops.

On the plane ride to Yeltsin’s next destination, Miami, he was depressed. He was overwhelmed by the amount of food available at Randall’s and the fact that supermarkets like this one seemed to be on every other street corner in America.

Two years after his visit to Randall’s, Yeltsin abandoned the Communist Party and began pushing for radical political change in Russia. In his autobiography Yeltsin wrote, “When I saw those shelves crammed with hundreds, thousands of cans, cartons and goods of every possible sort, for the first time I felt quite frankly sick with despair for the Soviet people”. It’s easy to understand why Yeltsin was so impressed by his trip to Randall’s Supermarket. No other country on earth makes so many different types of foods available to its citizens.

By some estimates, there are over 600,000 different food items available in America’s groceries! (1)

We’re spoiled for choice when it comes to feeding ourselves and our families. But could many of the foods available at your local grocery store be spoiling your health?

Many of the foods sold in the U.S. are banned in other countries because they contain harmful additives, hormones, chemicals and other dangerous ingredients.

Americans today are less healthy than they were when Yeltsin visited Randall’s Supermarket in September 1989.

Health is deteriorating in America. And because diet is arguably the #1 factor in our health, you have to wonder how much of America’s current health problems are caused by toxic foods that are banned in other countries.

Let’s look at 5 shocking foods banned around the world that millions of Americans eat every single day. Fish is often thought of as being one of the healthiest foods you can eat. But the truth is, a majority of the fish available in grocery stores and restaurants is frighteningly unhealthy. Take farm-raised salmon, for example.

Farm-raised salmon is much fattier than wild salmon, and contains as much as 50 percent less omega-3s and protein. Farm-raised salmon also has much higher levels of cancer-causing PCBs, dioxins, toxaphene, as well as, mercury.

But the scariest thing is what they do to farm-raised salmon to trick you into thinking it looks delicious.

Wild salmon is naturally an appetizing pinkish-red color. But because farm-raised salmon is fed an unnatural grain diet and pumped full of antibiotics their flesh turns a sickening shade of gray.

Food manufacturers know you wouldn’t buy fish that’s the color of an old, wet newspaper so they feed these fish synthetic astaxanthin made from petrochemicals, which is banned for human consumption in countries around the world.

Where it’s banned: Farm-raised salmon fed on petrochemicals is banned in Australia, New Zealand and Russia.

An estimated 80 percent of farmed pigs in the U.S. are fed ractopamine, a growth-promoter drug that increases weight gain and reduces overall fat content in meat. It’s also widely used on cattle and turkey farms.

Ractopamine allows farmers to fatten up their herds on less feed, saving them money. But not every farmer is impressed with this powerful drug.

Bryan Karwal, a hog farmer in southwest Iowa, had tried ractopamine in the past but now no longer uses it. “I can tell you, it does change the pigs”, Mr. Karwal said. “It makes them really hyper — when I tried using it, I once went into a barn and my pigs were all standing on top of each other in a corner”. [source: New York Times]

And it’s not just pigs.

FOX News reports that consumption of ractopamine has been linked with hyperactivity and cardiovascular problems in humans. Due to these potential health risks, in February 2013, Russia issued a long-term ban on U.S. pork and red meat due to traces of ractopamine.

Where it’s banned: In addition to Russia, the European Union, China and Taiwan are among the many countries who have put a ban on meat from ractopamine-fed animals.

Olestra (sometimes marketed under the brand name “Olean”), created by scientists at Proctor & Gamble, is a calorie- and cholesterol-free substitute used in fat-free snacks. Ironically, in a 2011 study conducted by Purdue University, rats fed potato chips made with Olean gained weight!

Time magazine named Olestra one of the 50 worst inventions ever. And no wonder.

Where it’s banned: Although both the U.K. and Canada have banned Olestra, it’s still used today in the U.S. in foods like fat-free potato chips, french fries and corn chips. What busy parent (or cash-strapped college student) hasn’t whipped up a box of macaroni and cheese for a quick dinner? Who hasn’t grabbed a handful of cheese crackers as a snack? How many times have you slurped up a wiggly biteful of Jell-O?

Many of the most popular foods on grocery store shelves contain artificial colors like blue #1 and #2, yellow #5 and #6, and red #40.

These additives have caused concern around the world after research showed they can cause behavioral problems, cancer, birth defects, and other health concerns.

Countries like Norway and Austria quickly issued bans on these artificial dyes, and the European Union requires a warning notice on foods containing dyes.

So what did super-rich U.S. food companies to ensure they didn’t lose sales in Europe? They switched from using artificial food coloring in their products to safer, all-natural food colorings.

If these massive companies are willing to make their foods safer for Europeans, why not do the same for their fellow Americans? (Hint: It’s not as profitable.)

Where it’s banned: Artificial food coloring is banned in Norway and Austria, and countries in the European Union require a warning notice on foods containing these ingredients. According to the FDA, azodicarbonamide is “approved to be a bleaching agent in cereal flour” and is “permitted for direct addition to food for human consumption”.

What the FDA won’t mention is that this industrial chemical is used to make yoga mats, flip flops and foam insulation, and has been linked to asthma and other respiratory illnesses. (3)

No wonder so many other countries don’t want anything to do with azodicarbonamide.

It’s been banned in Australia, the U.K., and most countries in the European Union. In Singapore, if you used azodicarbonamide as a food ingredient you’d be looking at a 15 year prison sentence and a $500,000 fine.

Where it’s banned: Azodicarbonamide is banned in Australia, the U.K. and countries across Europe. Using it as a food ingredient in Singapore is punishable by up to 15 years in prison and a $500,000 fine.

What Happens When Toxins Enter Your Body? You deserve to trust the foods you eat at restaurants and buy from the grocery store. But as you’ve learned from this article, that isn’t always possible.

The fact is, in terms of quality, a lot of the food available in the United States lags behind what’s available in other countries.

When additives, chemicals, artificial colors, and other toxins enter your body via the foods you eat, it’s your liver’s job to come to your rescue.

Your liver takes harmful substances and converts them into harmless substances or makes sure they get flushed out of your body.

On top of that, your liver plays a central role in all of your body’s metabolic processes:

It converts nutrients in your diet to substances you can use for energy. It stores vitamins and minerals. It helps to balance blood sugar levels. It plays a crucial role in weight management by breaking down fats — and this is just a FEW of your liver’s 500+ functions!

Your liver is the ultimate multi-tasker.

Unfortunately, if you’re like most people, toxins in the foods you eat — as well as environmental toxins in the air you breathe, water you drink, even your clothing and makeup — put a real beating on your liver.

An overworked liver leaves you feeling drained and fatigued; you seem to catch every little sniffle and sneeze that goes around; and your body becomes a virtual magnet for pounds of ugly, unwanted fat.

And when your liver is under assault from a constant flood of toxins you’re also at increased risk for nonalcoholic fatty liver disease, cirrhosis, and other liver conditions.

Liver health is so bad right now the American Liver Foundation estimates 30 million Americans — that’s 1 in 10 of us — have some form of liver disease.

What’s Your Liver DYING To Tell You?

How do you know if you have an overworked liver?

Can you answer “Yes” to two or more of those questions?

If so, your signs and symptoms could be a RED FLAG that your liver is dangerously overworked.

Fortunately, there’s something you can do right now to regain control of your liver health.

Download Your FREE Copy Of Our
New eBook “Fix Your Liver, Burn The Fat”

You deserve a clean, healthy liver — and the radiant health that comes along with that.

To help you reach that goal we’ve created a new eBook, “Fix Your Liver, Burn The Fat”, that lays out a simple 5-step program you can try in the comfort of your own home to purge nasty toxins from your liver, boost your energy levels, restore a rock-solid immunity, and melt pounds and inches off your figure (if weight loss is one of your goals.)

“Fix Your Liver, Burn The Fat” has a cover price of $14.99, but if you download your copy here it’s absolutely free.

Don’t let hidden toxins in the foods you eat rob you of the good health you deserve.

Claim your gift copy of “Fix Your Liver, Burn The Fat” today while it’s still available for free and discover a proven 5-step program thousands of men and women are using, right now, to restore their liver and regain control of their health.

In a perfect world you’d be able to feel safe and confident about the foods you buy and serve to your family. But we don’t live in that perfect world.

I don’t think we should live and operate from a place of fear. But I DO think we need to honestly look at the food situation in this country and make educated decisions based on the information we find.

This article is a great place to start.

Inform yourself about the banned ingredients multi-billion dollar food corporations are sneaking into the foods we eat. Read the labels. And if you’re as surprised as I was to discover how many BANNED foods we still eat in the U.S., would you please share this article?

Share this information with your family and friends so you can help them take control of their health by clicking on one of the social share icons (Facebook, Google+, etc.) below.

Your turn: Why do you think so many foods that are banned in other countries are still sold in America? What steps are you taking to make sure you and your family are eating the healthiest foods possible? Share your thoughts in the comments below! 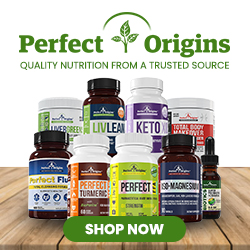